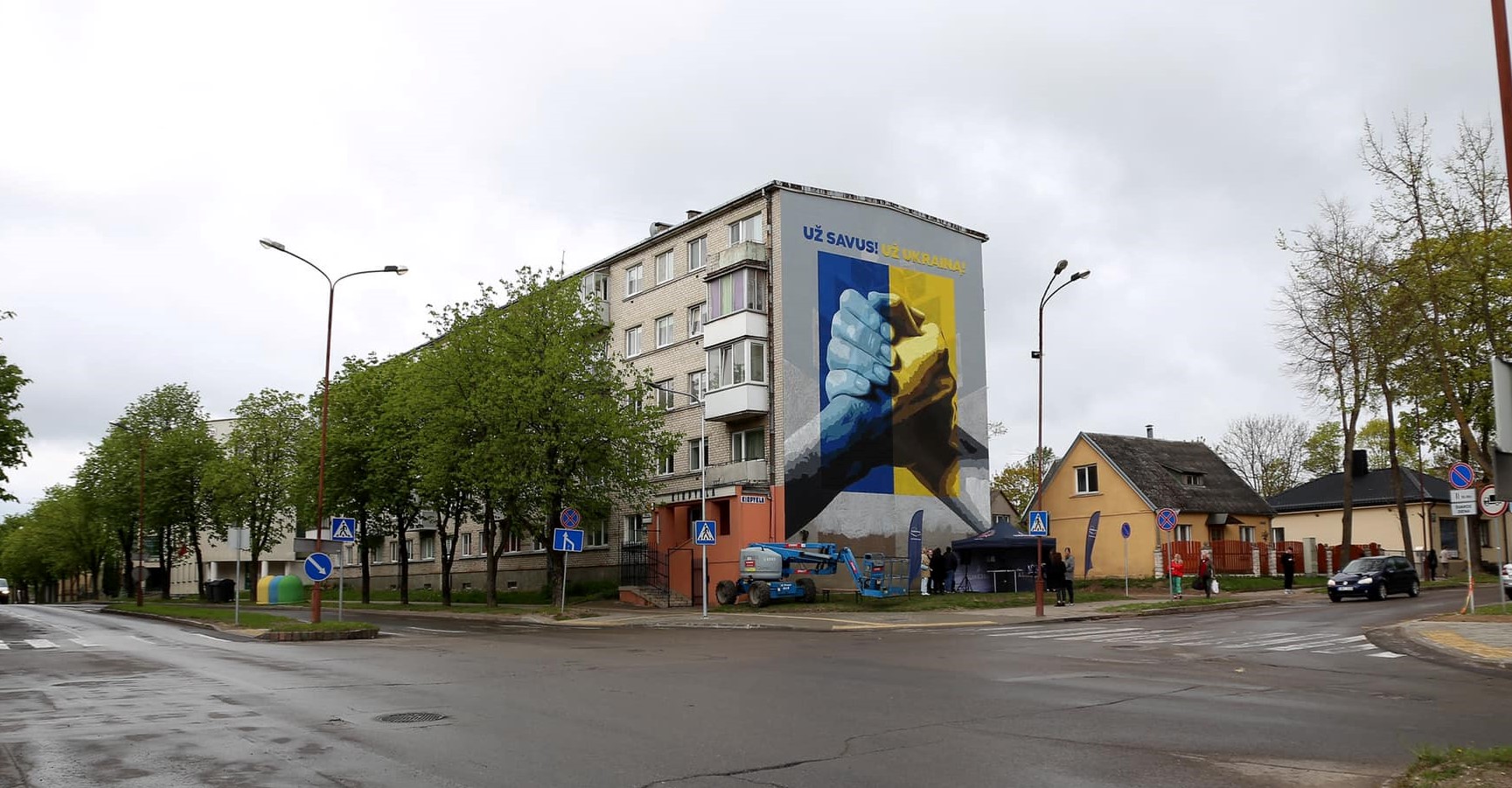 On Saturday, the residents of Šiauliai gathered in the city centre for a noble cause – to support and contribute to the initiative “For Our Folks! For Ukraine!”.  A unique piece of street art – a handshake between two hands symbolising support for Ukraine and its people – was unveiled at the event. The organiser of the initiative, the brewery “Gubernija”, invited a group of town residents, including prominent figures, to join in the painting of a new work of art and thus express their solidarity with Ukrainians.

More than 100 square metres in size, the artwork is an impressive expression of support for Ukraine and its people and has decorated the wall of an apartment building in the city centre at 19 Ežero Street. The new blue and yellow design depicts a strong and supportive holding of hands. On the brewery’s initiative, it replaced a painting that had glorified the Soviet army for almost half a century.

“Šiauliai is fully aware of what is happening right on our doorstep, and I believe we agree unanimously that there is no place for Soviet legacy in our city and that solidarity and emotional support for Ukraine, which is currently suffering as a result of the war, is essential now. We are grateful to the residents of Šiauliai, the house residents, the municipality, and our partners for their involvement, help and support for our project. The new mural sends an obvious message – we support Ukrainians as our own, and at the same time, we stand for the true values – freedom, unity and community,” said Ieva Matulaitienė, Marketing Manager at MV GROUP.

City residents contribute to the mural

This unique initiative “For Our Folks! For Ukraine!” artwork was created in a week by Linas Kaziulionis, who is a recognised street artist in Lithuania and abroad, and who worked on a mural of this size for the first time in Šiauliai.

“Street art is a way to vividly, originally and out loud reflect important moments – to convey topical messages, to encourage people to pay attention to important issues. I am excited that this kind of art is becoming more and more visible in Lithuania and that businesses are increasingly using the format in their social projects. It is great that now my work will decorate not only Vilnius, Kaunas, but also Šiauliai and will contribute to a meaningful cause – inviting people to support Ukraine and its people as their own,” said Linas Kaziulionis.

He said that this project was quite a challenge for him, as he is used to painting on smooth surfaces. “Usually, I work on empty walls, but this was different. But by painting over the old Soviet legacy, I started a new idea, which is a unique experience. This is an important event for me personally, and I believe it is an important moment for the whole city of Šiauliai as well”, – shared L. Kaziulionis.

Anyone could symbolically contribute to this enormous work of art at the event. The opportunity to grab paintbrushes and help finish the mural was enjoyed by a large number of Šiauliai residents and guests, including players from Šiauliai City Rugby Club Baltrex-Šiauliai, Šiauliai Men’s Basketball Club, and the representatives of the Ukrainian community. More than 50 litres of paint, donated by Tikkurila, were required to paint the wall and create the new mural.

You can also donate by buying a t-shirt

Soon everyone will be able to join this initiative and support Ukraine – from Monday, the e-shop www.marskineliai.lt will be selling t-shirts with the Kaziulionis’ graphic “For Our Folks! For Ukraine!”.

Gubernija and its partners will donate all profits from the sale of the t-shirts to the NGO “Our Hands and Hearts – Ukraine”, which provides humanitarian aid to Ukrainian war refugees in Lithuania. 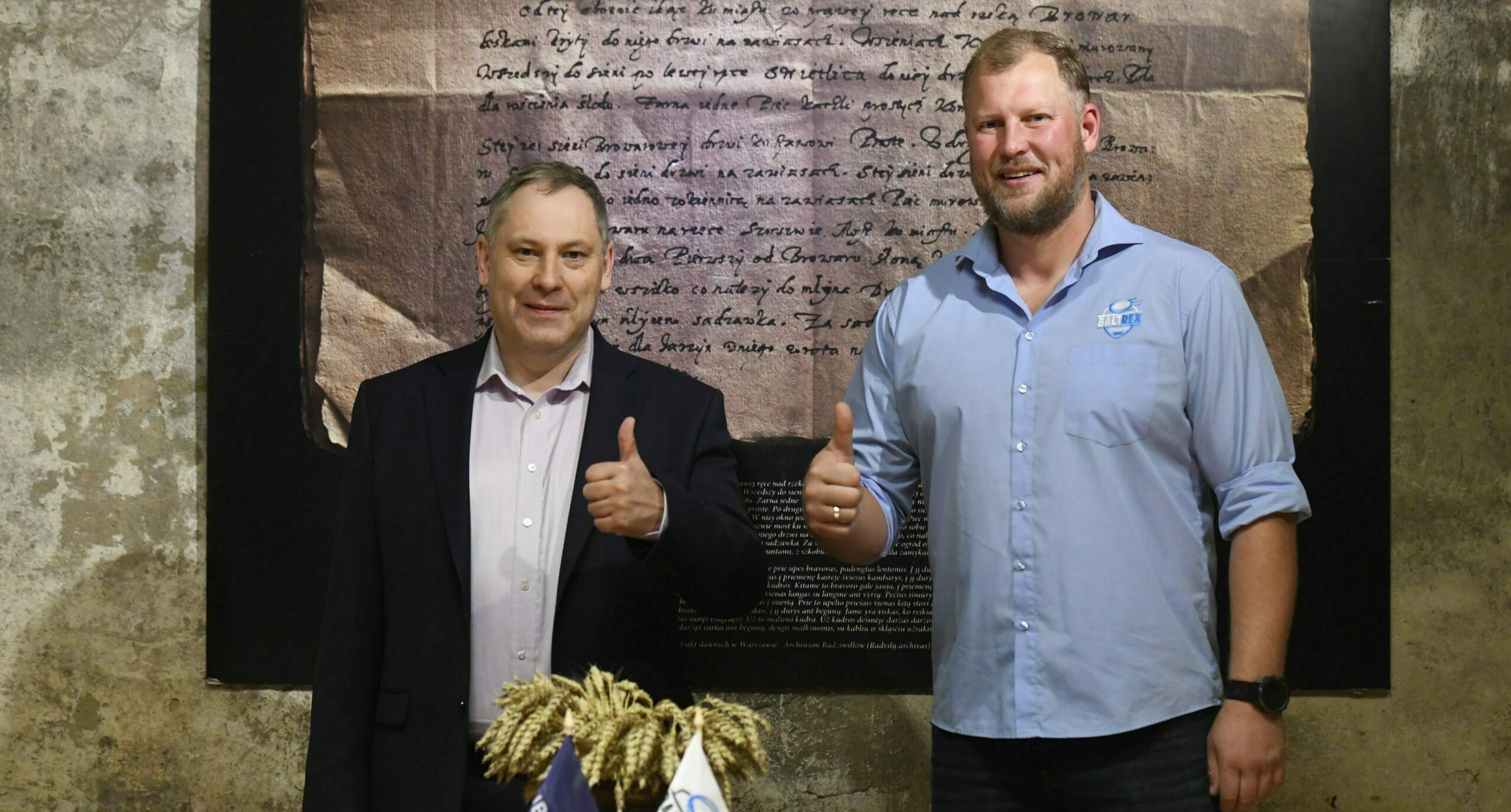 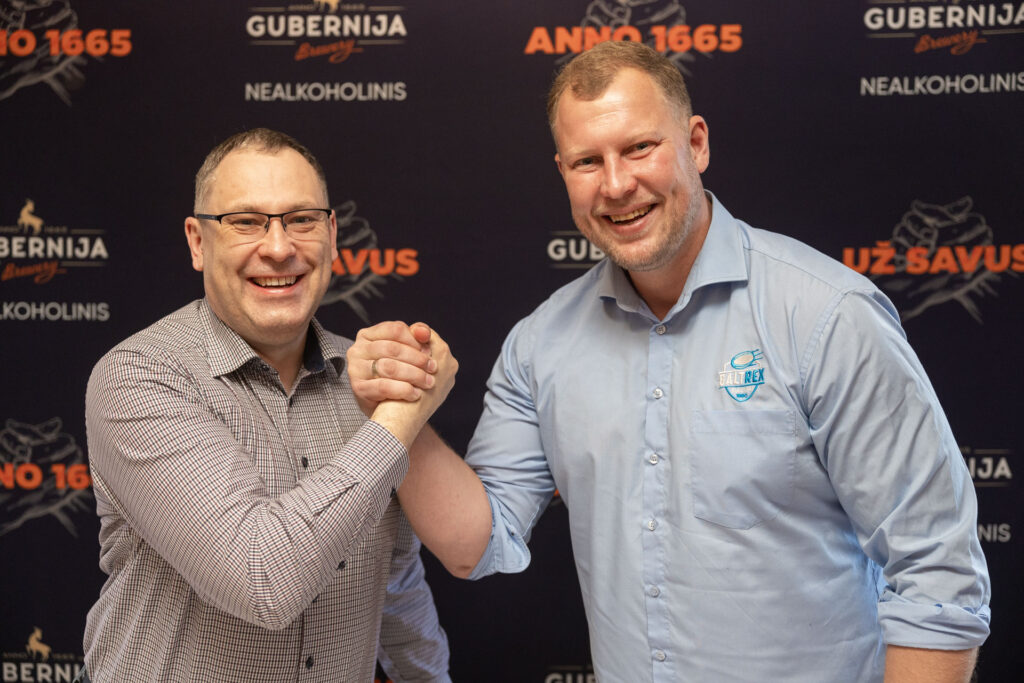 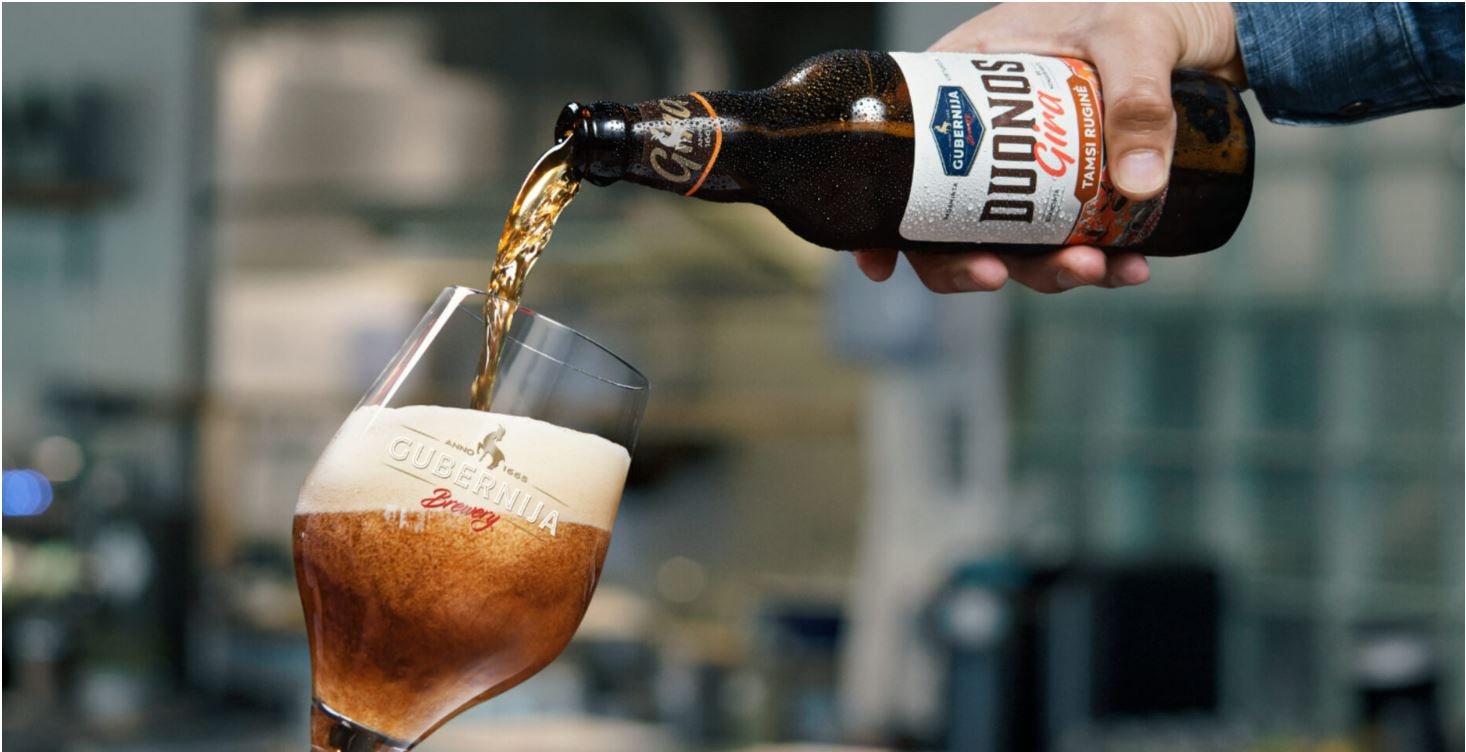